The Academy's bi-monthly news-magazine, The Searchlight, publishes news, essays, interviews, articles, and other materials of interest to our members. Below are some examples of the type of articles published in The Searchlight over the past few years. Many of the articles that first appeared in the Searchlight can be found in aisle 8 of the Evidence Room in the Library. 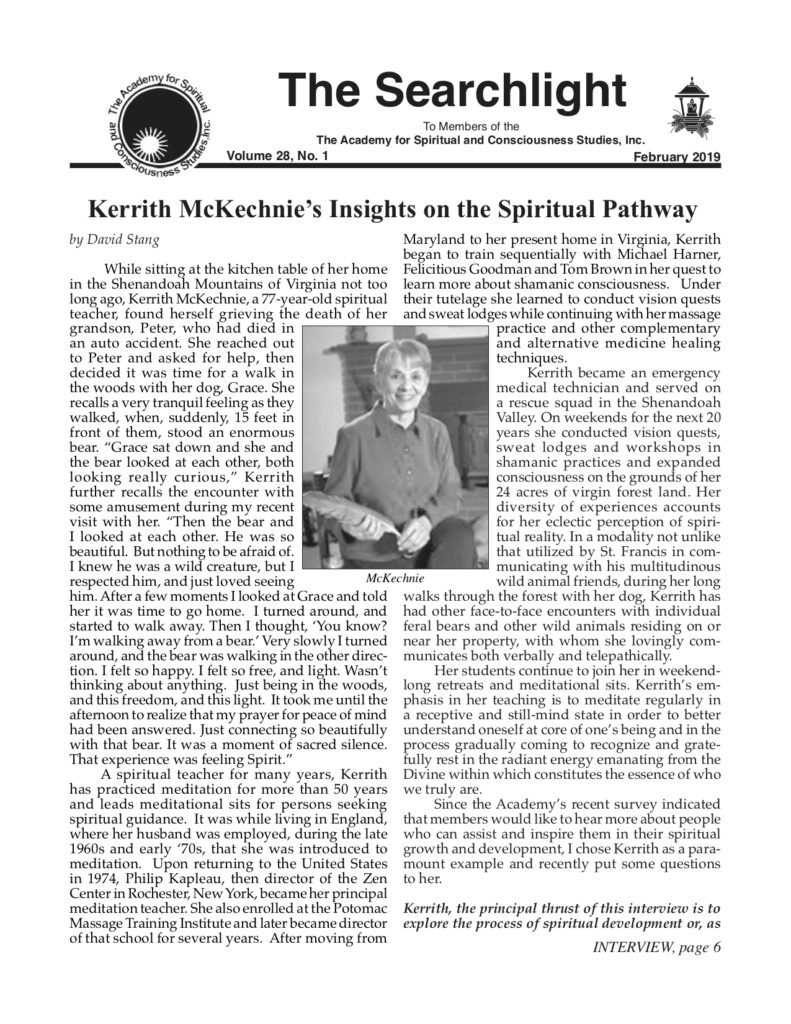 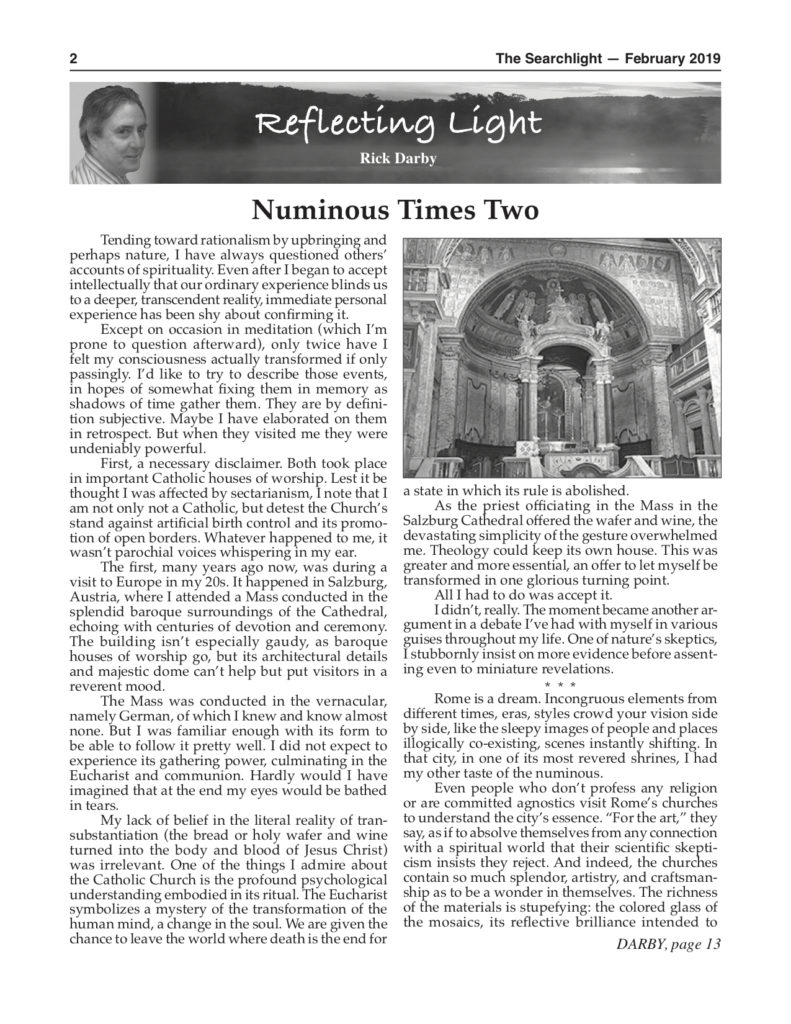 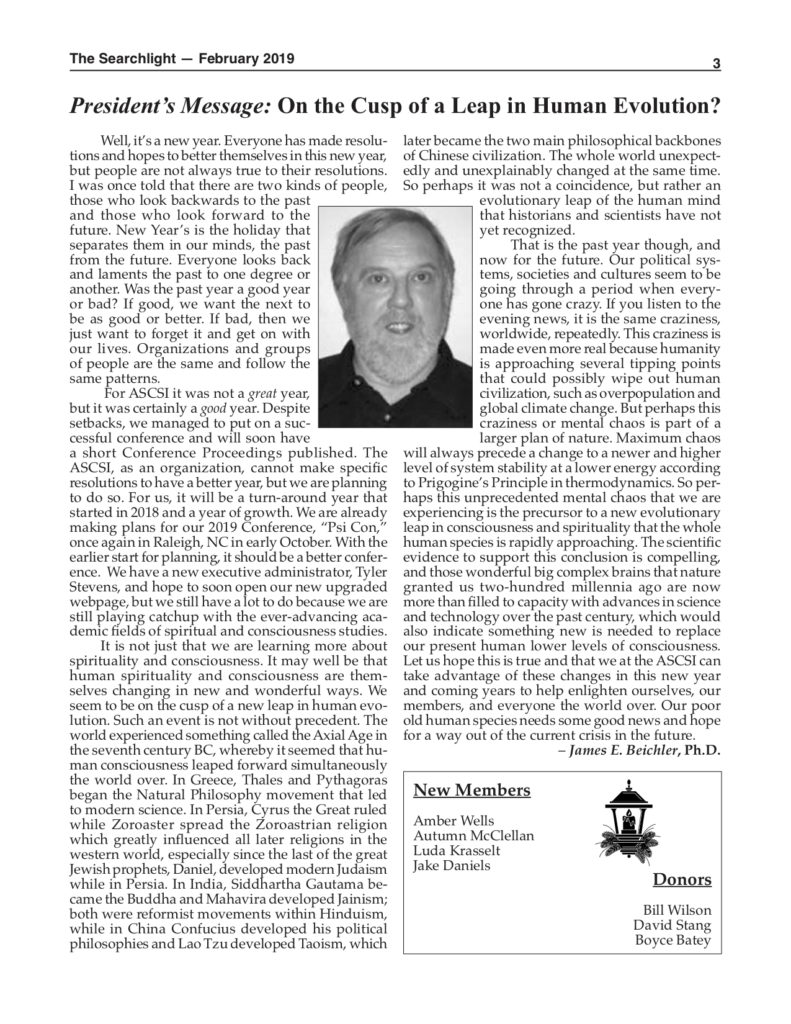 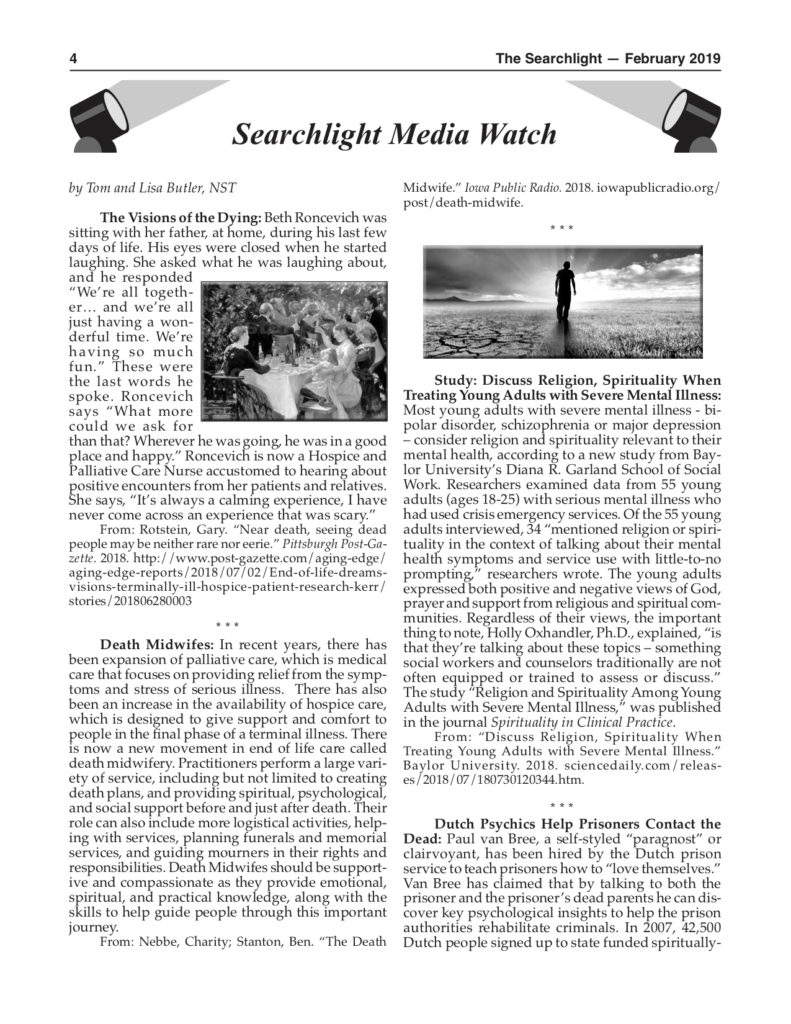 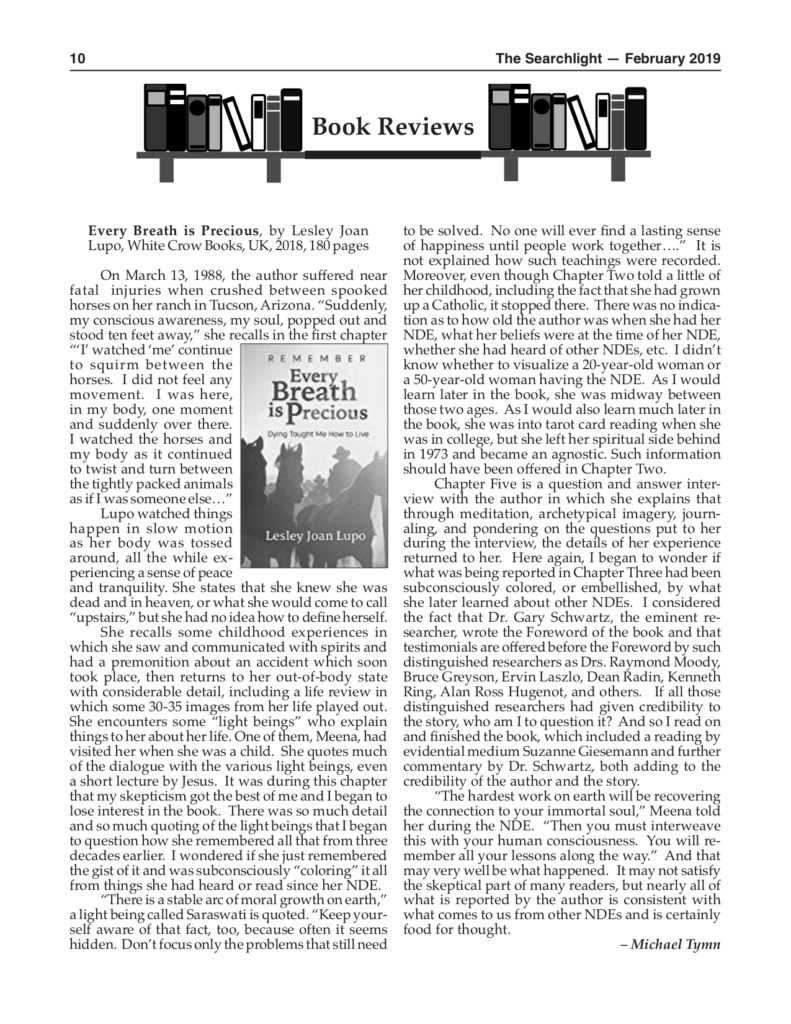 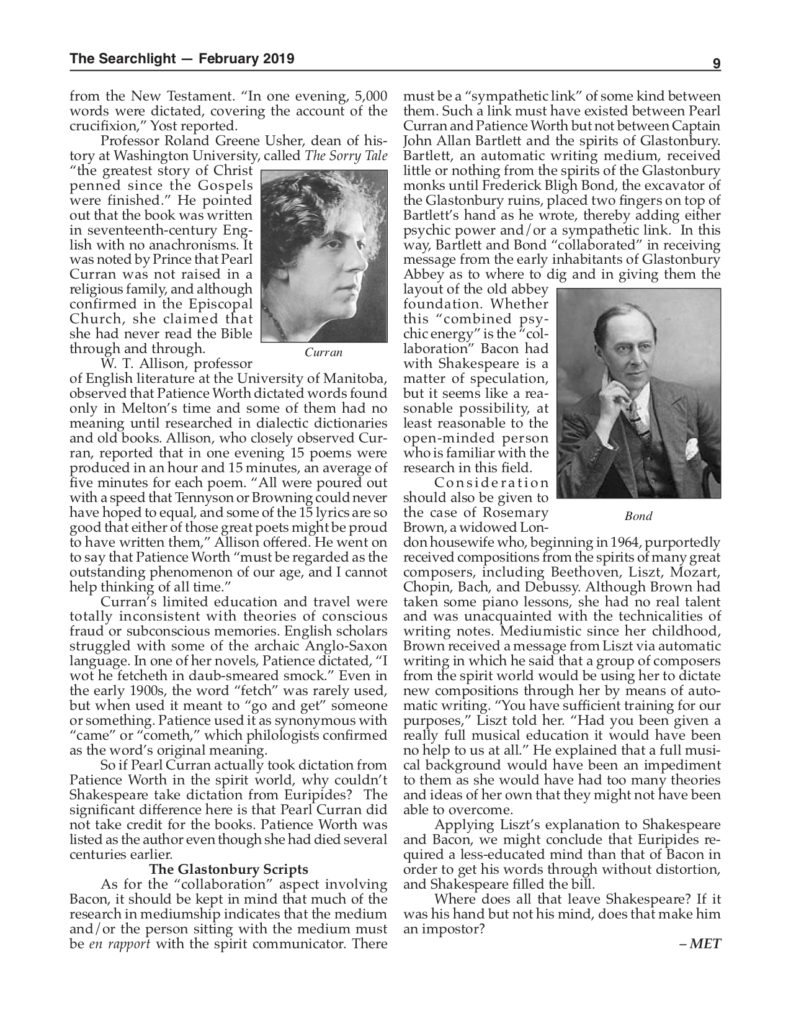 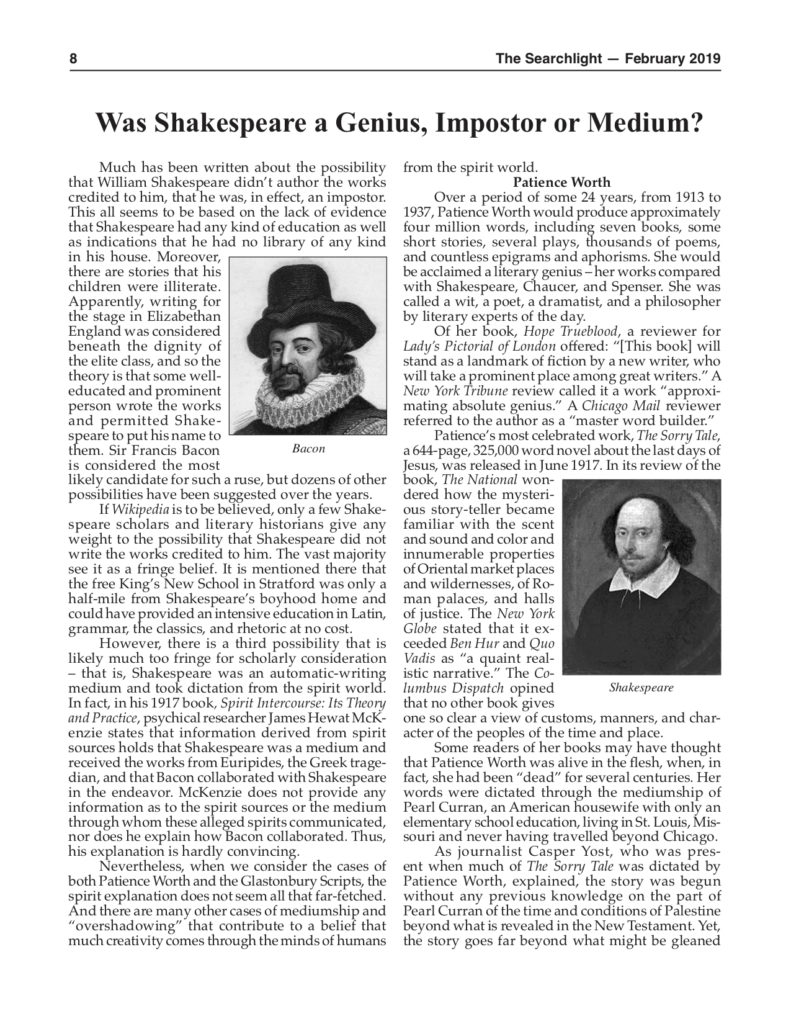 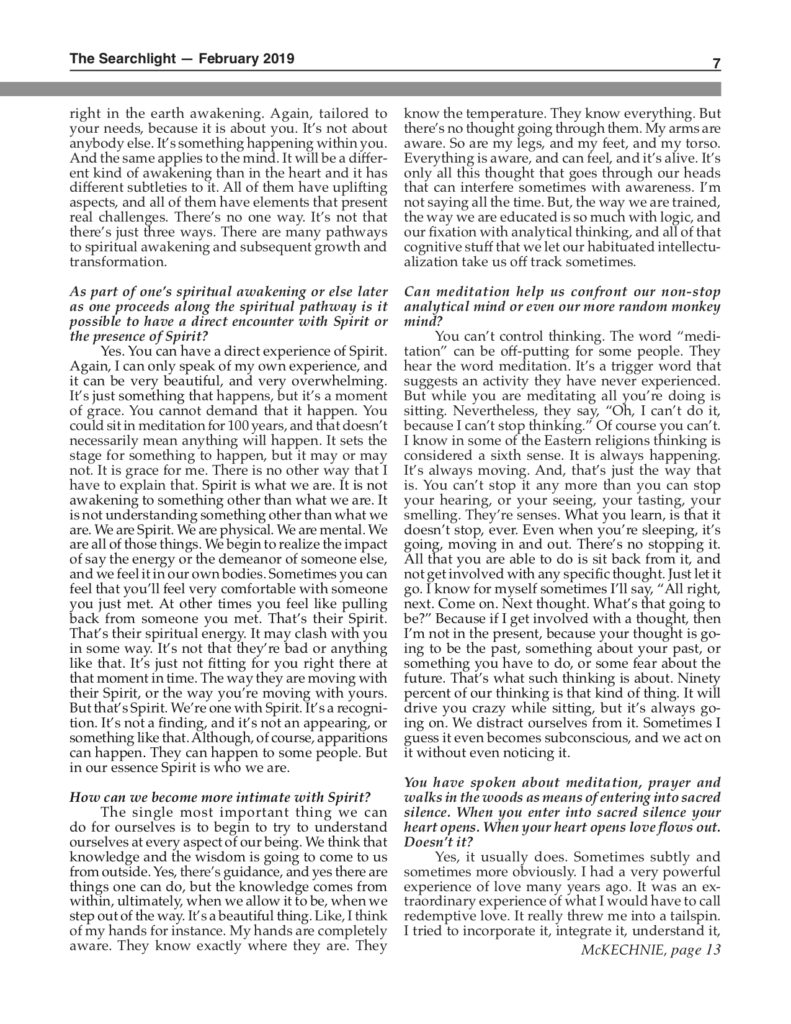 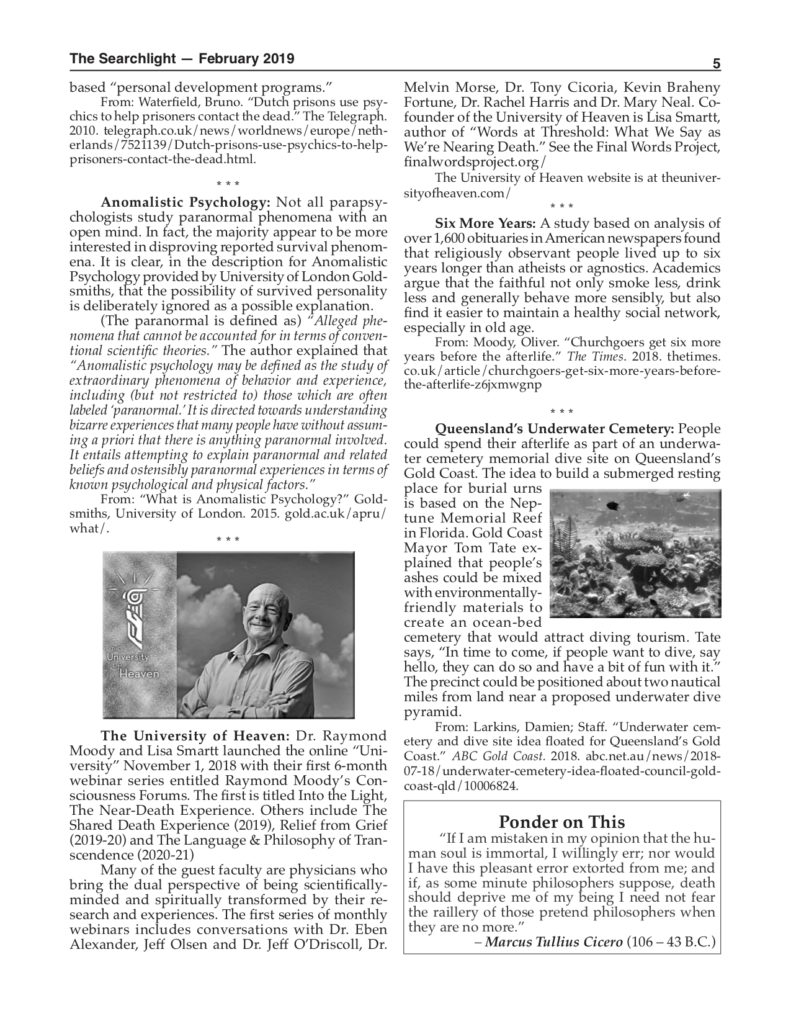 Bio: A 1958 graduate of the San Jose State University School of Journalism (B.A. Public Relations), Mike served three years as an officer in the U. S. Marine Corps and then had two concurrent careers over the next 40 years  -- his day job in insurance claims and litigation management and his weekend job as a freelance writer for The Honolulu Advertiser and other publications.  Writing assignments have taken him to such diverse places as Panama, Bangkok, Jerusalem, St. Paul, Glastonbury, Hollywood, and Tombstone.  Since retirement from his day job in 2002, he has moved from writing about sports to more spiritual matters.  He has contributed more than 2,000 articles to some 50 publications over the past 60 years.  He has been editing The Searchlight for the Academy since 2002 while also editing the Academy's Journal for five years. He is a former nationally ranked distance runner and lives in Kailua, Hawaii with his wife Gina.

All SEARCHLIGHT submissions should be sent to:

All manuscripts submitted to the Editor should be typed, double-spaced and accompanied by an abstract of no more than 100 words.